No Man Left Behind is an intensive 12-week course on Dating, Mating & Marriage.

It’s the first time Paul has released a major product in 10 years, since he held his now infamous Day Game seminar in NYC in 2008.

For all you guys who’ve grown tired with the flakes, disappointments and false positives of the dating scene, Paul is here to show you how to properly screen a woman for a long-term relationship. He’s got the chops to prove it, as a one of the only A-list PUA’s to settle down, marry and have a child. In this course, Paul will show you every single step you must take to find a great woman and build a family, as he has done.

For the young bucks out there who are just getting your engines revving – don’t worry. Paul has something for you, too. He’s updated and streamlined his Attraction Formula methods – the same methods that landed him on the Today Show and Dr. Phil as one of America’s most notorious Playboys, and he’s going to share everything with you in his course. He’s helped over 100,000 guys get laid, and he can help you, too.

And, for those who think they’ve seen it all, join this course and learn about D.N.T., the best kept secret in the community. Paul invented it, and he shares it here for the first time. D.N.T. (also known as Decision Node Theory) is an extremely powerful diagnostic tool that will identify EXACTLY where your game is breaking down and help you repair it, so you can finally succeed with women. 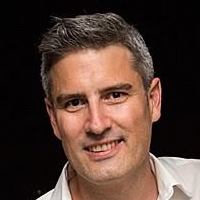 Before settling down as a husband and father, Paul Janka spent more than a decade identifying the most effective methods to help men overcome their obstacles to meeting women.

Paul’s witty, brash, politically-incorrect dating advice has helped hundreds of thousands of men around the world decode the fairer sex. Paul has been featured on Dr. Phil, MSNBC, The Today Show, Fox News, and many national publications, such as Psychology Today.

Paul is a writer and entrepreunuer who currently resides in London, where he continues to offer elite personal coaching to clients from around the world. Paul graduated from Harvard University with a degree in Physics.

Steps To The Altar