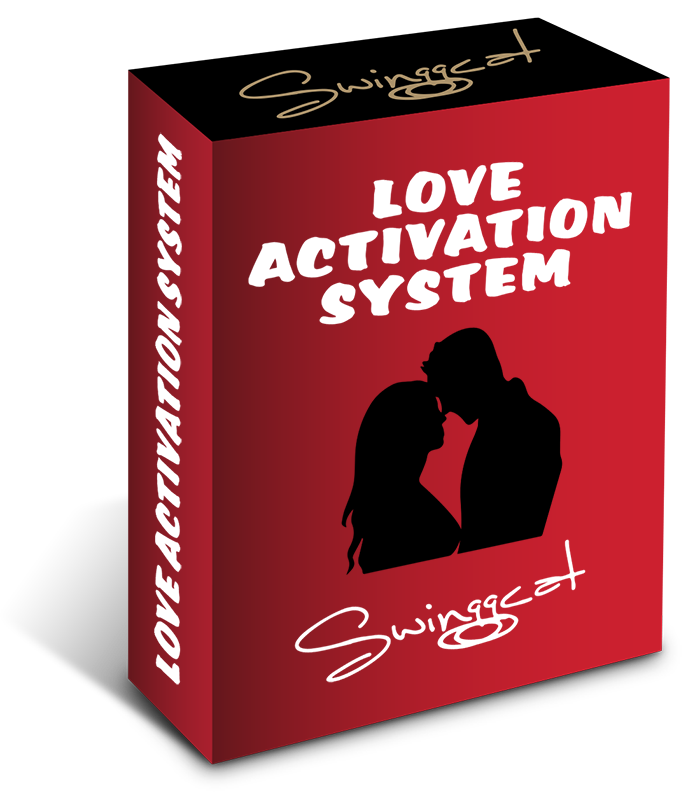 When You Use This Simple Script…

A script etched deep into every girl’s brain.

A script she’s rehearsed millions of times. And a script of exactly how she’ll fall in love.

It doesn’t matter if you’re her type.

It doesn’t matter if you have anything in common with her.

And it doesn’t really matter if you’ve just met her or known her for years.

Tap Into This Script & Within Seven Short Minutes…

… She’ll Fall So Hard For You…

… You’ll Have Complete Control Over Her…

… And Whether Or Not She Becomes Your Loyal Girlfriend Or Wife.

In 2011, droves of women devoured Fifty Shades of Grey.

One in ten blockbusters is a romcom.

A Storyline I Like To Call The “Prince Charming Script.”

Girls never get sick of it. They can’t get enough of it.

… The more teary-eyed & turned on they get.

Here’s What The Prince Charming Script Does To Girls…

Every little girl’s bombarded with stories like Cinderella, Snow White, and Sleeping Beauty.

These stories program the Prince Charming Script deep into her Love Mechanism.

The Love Mechanism is the part of the brain scientists call the “Romantic Hotspot” or the “nucleus accumbens.”

It’s the same part of the brain that makes people addicted to crack cocaine.

And it’s what makes girls obsess over and fall in love with a man. A man who may be you.

It produces dopamine. A chemical that makes us feel good – really good.

Once the Prince Charming Script is coded into her Love Mechanism, every time she thinks about it, she gets a nice, mini hit of dopamine.

That’s why every girl you’ve ever met has run through countless ways the Prince Charming Script will play out.

She’s endlessly fantasized about The One.

She’s imagined where she’ll meet him.

She’s thought about the things they’ll share in common.

And she’s planned out the places they’ll travel together.

She’s fantasized again and again about the first thing he’ll say to her.

About the first kiss he’ll give her.

And about the first time he’ll make love to her.

She obsessively wants to see the Prince Charming Script in movies.

Read about it in books.

Each time she does, she gets more dopamine. More good feelings.

Most of all, she wants to experience it firsthand.

She Wants Her Own Personal Prince Charming…

Because that will give her the atom bomb of dopamine hits.

Here’s What Activates Her Love Mechanism…

Her face will flush, her heart will beat faster, and her knees will go weak. Confusing thoughts will whirl around inside her. And she’ll want you bad.

But there may still be another man in the picture. Her friends may not approve. Or she may worry that you’re just a player like all the rest.

You’ll Activate Her Love Mechanism. She’ll Become Sexually Obsessed And Fall Deeply In Love With You.

Most women are very specific about The One.

If you don’t fit into her Prince Charming Script.

And if you don’t make her act on her feelings…

You won’t activate her Love Mechanism.

And she won’t fall in love with you.

Unless You Use This Secret…

A secret that begins with a yawn.

Someone’s tired, so they yawn. When they yawn, others yawn and feel tired too. It’s called “contagious yawning.” And it’s caused by something spooky inside our brain. The same something that will cause girl after girl to fall in love with you.

During the early ‘90s in Parma, Italy, a group of researchers stumbled onto it by chance.

They wanted to know what parts of the brain are in charge of eating food.

So they put wires into a monkey’s brain. Every time he ate a nut, neurons from the part his brain in charge of eating food would fire. And a small monitor would register a sound: beep, beep… beep.

One day, a hungry researcher ate one of the monkey’s nuts. The monkey started hootin’ and hollerin’ and baring his fangs.

But something else happened. Something strange…

The small monitor was beeping away. The same neurons were firing. And they were causing the monkey to have the experience of eating the nut without actually eating anything.

These Are Called “Mirror Neurons.”

What they do to monkeys is powerful. But what they can do to a woman is downright scary.

If You Can Control Her Mirror Neurons…

…You’ll Control What She Feels, What She Thinks, & What She Does…

And what they discovered will blow your mind…

Mirror neurons make us feel what others feel. That’s why we feel pain when we see someone cut their finger. Or get excited when a player scores a home run or makes a touchdown.

They can alter a woman’s thoughts. They can change what she finds sexy in a man. And they can make her do things she’d never normally do.

If You Can Control Her Mirror Neurons…

A Discovery That Gives You Full Control Over Her Mirror Neurons… 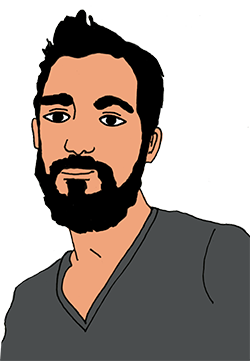 My name is Josh Lubens. When I was at Berkeley, mirror neurons were all the rage. I was convinced that mirror neurons had a crucial role in all social interactions. So I pored over the published research.

After college, I authored several dating advice courses under the name Swinggcat. And went on to found the Seduction Community along with a couple of others. You may have read about me in Neil Strauss’ bestselling book The Game.

In 2007, the # 1 seduction authority site ranked me the top pickup artist in the entire world. My skill at getting girls into bed was a big part of why they picked me. But they were even more wowed by the results I got ordinary guys.

Step One: Use the Mind Melder

The Mind Melder syncs your mirror neurons up with hers…

… And makes her see you as engaging, interesting, and easy to talk to.

You’ll both get caught up in the moment and lost in conversation.

And something else will happen. Something almost spooky…

When your mirror neurons are in sync with hers, your brains will meld into a single brain.

You’ll keep thinking the same thoughts. And saying the same things at the same time. A clear sign, you’re ready to take full control of her mirror neurons.

Two: Use The Brain Controller

The Brain Controller conditions her neurons to do what you say.

The more you condition her mirror neurons, the more you’ll control what she thinks and feels.

When you can control what she thinks and feels, you’ll gain full access to her Love Mechanism.

Once you get access, you can code in whatever you want.

Step Three: Use The Passion Coder

The Passion Coder reprograms everything inside her Love Mechanism.

It rewrites her Prince Charming Script to match exactly how she met and got to know you.

It reworks what she looks for and finds sexy in a man. A special man. A man she knows with certainty is The One. A man who’s, well, exactly like you.

And it rewires her brain to act right now, this very second, on her feelings for you.

Use These Three Steps & Watch Her Love Mechanism Go Berserk. Watch Her Fall Deeper & Deeper In Love With You.

Here’s What You’ll Get Inside…

When You Use The Mind Melder On A Girl…

… & You Become The Center Of Her World.

It’s caused by something we all naturally do. A process scientists call “Brain-to-Brain Synchrony.”

Without it, we’d never make friends, get along with others, or attract mates.

Girls are usually better at it than men. They do it with each other all the time.

Most people can’t control whom they do it with.

And leads them to think: some people I get along with and others I don’t.

The Mind Melder takes the magic out of the process, makes Brain-to-Brain Synchrony easy, and gives you the power to click with the women you want.

The Mind Melder Has Three Parts

Part One: Spins The Web

The spider spins its web with lots of threads. Sticky threads. Threads that entrap its prey.

All interactions. All conversations. Are made up of threads.

Some are dead ends. Boring topics that create conversational lulls. Or subjects that make people walk away.

But some threads are so sticky, girls can’t resist them. Can’t get enough of them. And can’t walk away from them.

Spin these sticky threads into a web and she’ll ignore her phone, brush off her friends, and forget about her plans. Everything else will take a backseat to interacting with you.

4 Sticky Threads To Spin Your Web

Just like a tasty piece of bait grabs the attention of a fish, these lures make you the most important thing to her right now.

Use one of these lures and she’ll stop what she’s doing and put all her attention on you.

Just like a story that never ends, these threads never get old. What to do if you lose her interest or attention? Or another guy takes her attention away from you?

Bring up a Never Ending Story and she’ll light up like a pinball machine. And all her attention will be back on you.

These threads put psychological pressure on her to stay and keep talking with you.

She may be busy and need to do other things.

But when you use a hook, she’ll stay with you for a reason she doesn’t understand.

These threads make girls addicted to getting your validation.

She may need to get to work, get to a date, or get home to cook dinner for her husband. Her phone may keep ringing.

But when you use chick crack, she’ll blow off her plans and ignore her phone. All she’ll care about is that next hit of validation from you.

Part Two: Gets You Inside Her Head

To get inside her head and decode her neurons…

You don’t need to know what types of guys she dates.

You don’t need to know what she does for work or fun.

And you don’t even need to know anything about her values or beliefs.

It’s much much easier…

Each time she says the word, a whole constellation of neurons light up. One that makes her feel the emotion.

If you can identify her triggers words, you’ll know the exact emotion she’s having.

Golden Ears make it easy to identify these words.

The KGB can profile someone from across the room.

Just a slight glance at their body language and facial expressions tells them everything they need to know.

When you use a KGB Profiler, you’ll instantly decode her neurons.

You’ll know what she’s thinking and feeling at each moment.

Trance Identifiers are one of the most powerful ways to decode her neurons.

Actors use them to become another person.

Shrinks use them to change a person.

And you can use them to see and feel things from her perspective.

Part Three: Syncs Your Brain With Hers

All of her defenses will go away.

And she’ll feel completely at ease in your presence.

All because your brains have melded into one, single brain…

When You These Three Neuro Syncers…

Brain Mimes feed back her trigger words and expressions in a way that mimes or mimics the behavior of her neurons.

Couple a Brain Mime with a Trance Identifier and her brain will instantly sync with yours.

When you use a Soul Gazer, the moment your eyes lock, your brains will sync.

When you create an Etheric Cord with her, your brains will merge together.

The bigger and brighter the cord gets, the deeper and more intense she’ll feel the bond.