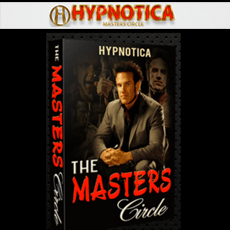 You have a choice: you can take what you’re about to read and dismiss it, or man up, face the raw, uncut truth and start succeeding with women. It’s that simple.

I am bringing together a master circle of my influences, guys from the underground who’ve had a massive impact on my success with women. I am talking about guys so effective with women that seeing them in action over the years made me want to up my game to new levels >> guys so adept at female social interaction they make “Online PUA Gurus” look like second string players. These are the key players and personalities that have shaped my 20 years in the game.

Imagine that; twenty years of witnessing hundreds of thousands of men interact with women, and only a handful of men stood out in my mind as having “the game” on lockdown. Only about 20 guys impressed me enough to want to learn from them…just 20 superstars in 20 years.

After seeing these guys out on the circuit regularly I began to learn from them. They became my mentors as I adapted the aspects of their game I admired most into my armory. The good news for you is that you won’t need to wait 20 years to find masters to learn from because I’m offering you mine. I’m offering you unrestricted access to the underground. No PUA bull***, this is real, unrehearsed, uncensored access to the Masters’ Circle.

My bar is set high. You know that. People call me the inner game guru because I use ‘next level strategy’ to increase the amount of intimate interactions my clients have with women. Without wanting to blow my own trumpet, you know I wouldn’t look up to just any old self-professed dating and seduction expert. Hell! Only 1% of PUAs would make my cut, and I assure you that only those at the very top of the pile will make the grade for this revolutionary Masters’ Circle.

Want to know why so many men aren’t being successful with women, even though they’re studying like crazy for hours on end?

Get it? That’s right. Air. If you take advice from guys who really don’t know what the hell they’re talking about you’ll get no results. Nada. Zip. Zero.

Yep. The truth hurts. And it probably hurts pretty badly if you’ve wasted time and money on false promises for a long period of time. But I reckon you’re man enough to handle the truth. So let’s do what real men do and say, “Yea, I messed up. I listened to some bullshit and believed it. But you know what, I’m starting from scratch and I’m gonna succeed.”

And Here’s The Sucker Punch…

You won’t hear any of those so-called PUA superstars being interviewed in my inner circle. Why not? Because 90% of them suck, both socially and intimately with women.

You won’t hear from digital celebrities. No, you’ll hear from men who’ve come up on the underground, learning the trade from their forefathers before the web even existed. These guys are the Real Deal. You’re going to learn from men who’ve mastered the ability to create fast, intimate connections with hundreds of women, men who I’ve personally witnessed command the sex life of their choice.

Here’s How It Will Work

Many of you know I use NLP, neuro semantics, hypnosis, and psychology in my work. I have used these skills to attract intimate encounters, to further my career, and to help men and women become happier and more successful in life. I will be using these same skills to infiltrate the minds of these masters; to breakdown their defenses and extract the gems of knowledge they embody. I will weave around the banter and debate and collect the gold nuggets of information you need to become more successful with women.

Warning! Read This Before You Enter The Masters’ Circle

Before I give you access to this interview series with some of the most successful underground pioneers, I must warn you that what you hear won’t always be entirely morally or ethically correct. By this I mean things will not always conform to the status quo you’re used to. There will be controversial viewpoints, outside the box techniques, maverick-style thinking, and at times everything you think you know will be tipped on its head and shaken into uncertainty.

Not all these men are walking a spiritual path of goodness, and quite frankly they couldn’t give a damn what society thinks of them. These men aren’t public speakers or polished salesmen. They aren’t marketers spitting regurgitated bulls*** to make bank at your expense. These are everyday guys with a special secret >> they walk around with an armory of skills capable of cultivating an intimate interaction with a woman at any given moment.

These guys will speak their minds on dating, sex, women, and life. You will hear from men with a healthy understanding of women and from others with a somewhat jaded view of “the game.” But always bear in mind this one compelling fact: each master is extremely effective in attracting the company of women.

I won’t apologize for their views, strategies, or techniques for the simple reason that I am not in a position to censor these pros. I am also not in a position to judge from a moral standpoint. All I can do is unleash the truth. I will strategically extract the information you require to become more successful with women. At that point you can pick and choose how you move forward and which bits to implement into your game.

These guys live and breathe female interaction. What they do works, period. They have sex with a lot of what society would consider ‘beautiful women.’ They will save you time, money, and heartache. They will cut through the crap and get to the nuts and bolts of what they do to enjoy the company of hundreds of women. I picked these guys because I’ve personally seen them get results, and because I’ve learned from their mastery over the years. No one makes this list unless I’ve consistently seen them walk the walk.

It really is that simple. Each month you’ll get access to an untapped pool of knowledge as I interview a new master. All you have to do is listen, manifest, and begin taking action from what you learn.

Don’t miss this opportunity. Stop wasting time with rhetoric and hype and start learning from the real underground masters who’ve been successful with women day-in-day-out for more than 20 years. If you want to let this opportunity pass you by, that’s cool, but good luck finding 20 masters in your area when you do decide to get serious about attracting multiple hot women on a daily basis. It might take 20 years, but then again it could take longer…

Stop hindering your progression and step into the Masters’ Circle immediately to receive your first interview right now.